NO MARKET ACCESS TO ORGANIC FARMERS IF NOT CERTIFIED

If you are an organic farmer, now you cannot sell your produce through a retailer or other channels unless it is certified to be organic and carries a label with information on the organic status of the produce. The Food Safety and Standards Authority of India (FSSAI) has issued a notification recently laying down the requirements organic foods need to comply with. But farmer groups believe making certification a pre-requisite to sale of organic produce is an impediment for both existing organic farmers and farmers who are trying to transition to organic farming.

Only “small original producer or producer organisation” who market their produce through direct sales as determined by FSSAI will be exempted from the conditions in the notification. Farmer groups including Alliance for Sustainable and Holistic Agriculture (ASHA) have pointed that not giving organic farmers access to the markets without first getting certified is going to slow down the organic food momentum. Certification by third party auditors is going to come at a cost to both the farmers and consumers, most farmers will not be able to do the paperwork needed to obtain and maintain organic certification or pay for it. “As the food safety regulator, you are aware of the all-pervasive contamination by agro-chemicals, including of groundwater. We believe that organic farming has to be supported in all ways possible for it to spread to larger areas in a short span, given the need of the hour…When certification is made legally mandatory on all organic farmers, with very limited exemptions, that has cost implications for both farmers and consumers. The regulation could deter farmers to shift to, and pursue safer food production systems, because it will involve higher burden on farmers, beyond their financial and other capabilities,” members of ASHA stated FSSAI in a letter recently.

“The FSSAI is basically saying that farmers will not have access to markets unless they are certified. Its not possible for all farmers to pay for or maintain the records needed for certification. Instead we are suggesting that the government certify by verifying their produce from time to time free of cost. Or, all farmers who are selling directly to consumers or to a retailer should be exempted because in that case the farmer and consumer know each other,” said Kavitha Kuruganti, convenor, ASHA. The notification allows for certification by participatory guarantee system of India (PGS-India) but “only some farmers who are covered under some flagship organic farming programmes are getting government support mainly through the PGS (Participatory Guarantee System) quality assurance vehicle,” ASHA’s letter added. “Agricultural and Processed Food Products Export Development Authority (APEDA’s) TRACENET (for organic certification) system for instance, is premised on an assumption that farmers are being supported by others to deal with onerous systems like TRACENET, where access to internet, loads of paperwork and English based transactions is a must.” Farmers added.

Meanwhile, the FSSAI has set up an expert panel for implementation of notification. “We received submissions from organic farmers on this issue. But what is their proposal? We cannot allow any product to be called organic and allow the consumer to be cheated. The notification says small farmers who have earned the trust of consumers may be exempted. We are still deliberating on the submissions we have got and will not go against the interest of farmers,” said Pawan Agarwal, chief executive officer, FSSAI.

To know more about related articles, kindly check the link below .

poster for our episode 5 is released by roadside romeos...Get Ready for our next Video about * Drip water Irrigation * in terrace garden.

Article Published about me in The wire.in

READ MORE ->
NO MARKET ACCESS TO ORGANIC FARMERS IF NOT CERTIFIED

Only “small original producer or producer organisation” who market their produce through direct sales as determined by FSSAI will be exempted from the conditions in the notification. 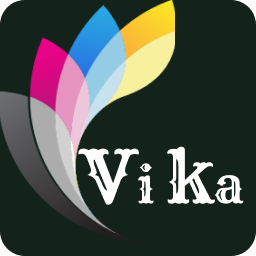 Subscribe Us to get more chance to interact in
Webinar
Join